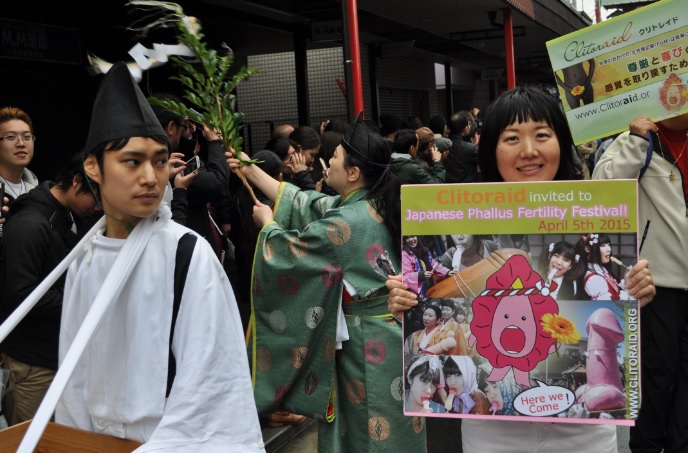 by Masami Narita, head of Clitoraid in Japan.

Clitoraid was invited to the phallus festival of Kanayama shrine at Kawasaki in Kanagawa prefecture, near Tokyo, on Sunday 5th April.

Kanayama shrine’s festival is becoming more famous every year with its big phallus paraded on the “mikoshi” (portable shrine). So, it is generally nicknamed “Kanamara matsuri” (phallus festival). Recently, not only Japanese but many foreign tourists visit there.

Before this festival, we sent a letter to the shrine owner asking to participate in the event though anticipating their refusal since it is illegal to display a vulva in public in Japan. But, surprisingly, Head Priestess Nakamura welcomed us. According to the Priestess, although Kanayama shrine is dedicated to both penis and vulva as symbols of harmonious couple, fertility or prosperity, the media and the public only focus on the penis display.

The Priestess is also a friend of the youngJapanese artist, Rokudenashiko who is currently awaiting trial and a possible jail sentence in Japan for displaying her extensive vulva art work, and who made Clitoraid's vulva logo. Once again, in Japan, the public display of female genitals, even in art, is forbidden. Our participation aimed not only at raising awareness regarding the taboos that surround the vulva and the clitoris but also to renew our support to Rokudenashiko. We are sure that the Priestess welcomed us partly because we both support Rokudenashiko.

On the day of the festival, to our surprise, we found ourselves in the spotlight like Hollywood stars with our Clitoraid vulva signs. Even though it rained, the shrine was packed with worshippers and foreign tourists, and many people paid attention to us and took our photo. Especially, the poster of Rokudenashiko’s logo illustration which caught people’s eye. We were interviewed about Clitoraid and Rokudenashiko by several Japanese and US media.

We were so thankful to Head Priestess Nakamura for allowing us to join the street parade. The staff of the shrine was friendly to us, and we received cheers from street side spectators. Among them, a Canadian woman cheered passionately for us, saying that “I know Dr. Marci Bowers [Clitoraid's volunteer surgeon}! I met her several times! You are really great!” It is to be noted that the Priestess and her Priest father are also involved in stopping FGM.

The parade was peaceful and joyful, we enjoyed a lot and we look forward to participating again next year with a giant display of a vulva artwork along side the penis statue and end the taboo and discrimination of the female genital organ. 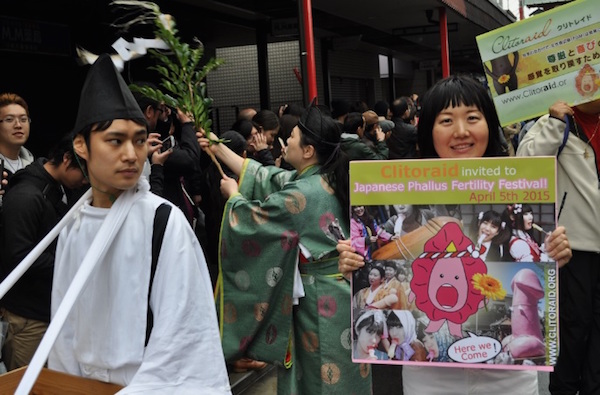 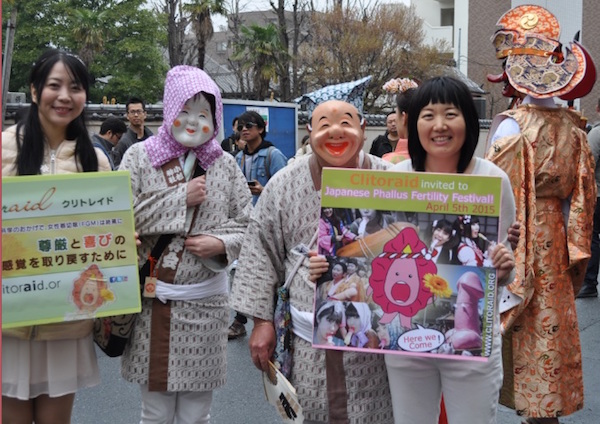 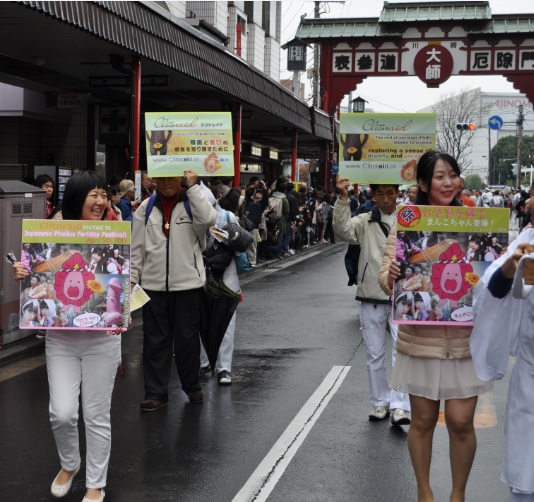 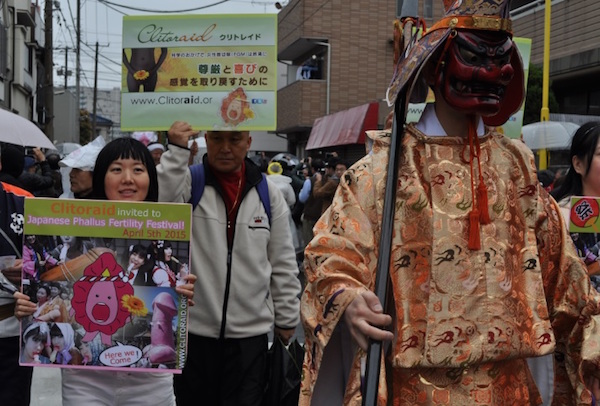 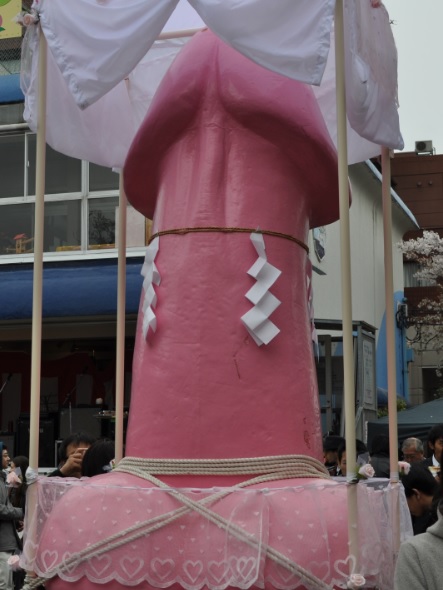 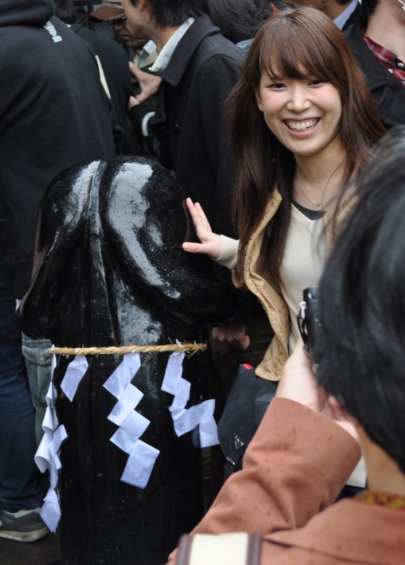 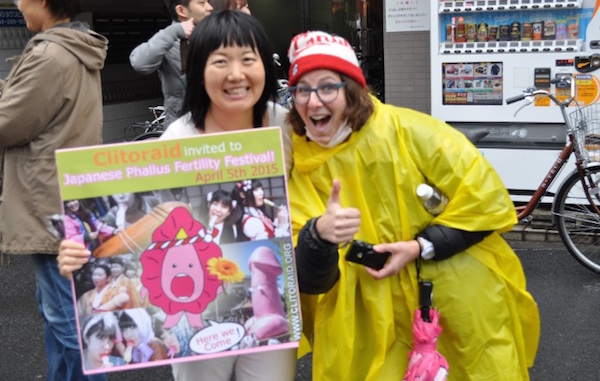 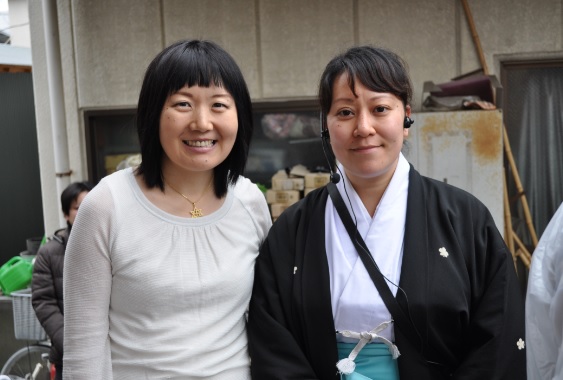