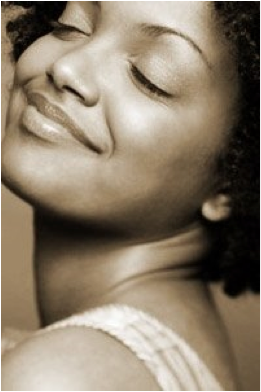 “Clitoraid’s first hospital for FGM repair surgery will open later this year in Burkina Faso, West Africa, and proceeds from this workshop will be used to purchase medical equipment for that facility,” said Nadine Gary, Clitoraid’s director of public relations.

Gary said that although the workshop techniques Carrella will teach have served as a sexually therapeutic tool for FGM patients, any man or woman can benefit from them.

“Workshop participants will experience the playful, powerful and transformative power of breath and pleasure,” Gary said, adding that there will be no nudity in the workshop. Nor will anyone be asked to work with a partner.

“Barbara Carrellas’s ‘Gender-Free Orgasm Class,’ sometimes called ‘The Art of Thinking Off,’ is famous for her use of Tantric and Taoist techniques,” Gary said. “Since they move sexual energy throughout the body, they will enhance your sex life, regardless of gender. What’s more, these techniques help people free themselves from the guilt of sexual pleasure, whether they’re FGM victims or victims of the kind of shame-based, rigid religious upbringing that’s all too common in the United States.”

Gary said Carrellas was featured on the Learning Channel’s television show “Strange Sex,” which included a segment in which scientists at Rutgers did MRI brain scans of Carrellas’s orgasmic state induced from breathing technique alone.

Gary explained that restoring a somewhat normal sexual life to FGM victims requires a multi-pronged approach that can make good use of Carrellas’s methods.

“First, there’s clitoral repair surgery, which Clitoraid’s head surgeon Dr. Marci Bowers now performs in San Francisco, and will soon also be offered free of charge to FGM victims at our new hospital in West Africa,” Gary said. “But sexual therapy and psychological therapy are also essential because they help patients let go of the emotional trauma that began the moment their genitals were mutilated.

Gary said Larry Ashley, a professor at UNLV, is currently Clitoraid’s sexual trauma counselor, and that workshop presenter Barbara Carrelas has expressed an interest in working with Clitoraid patients in the future.