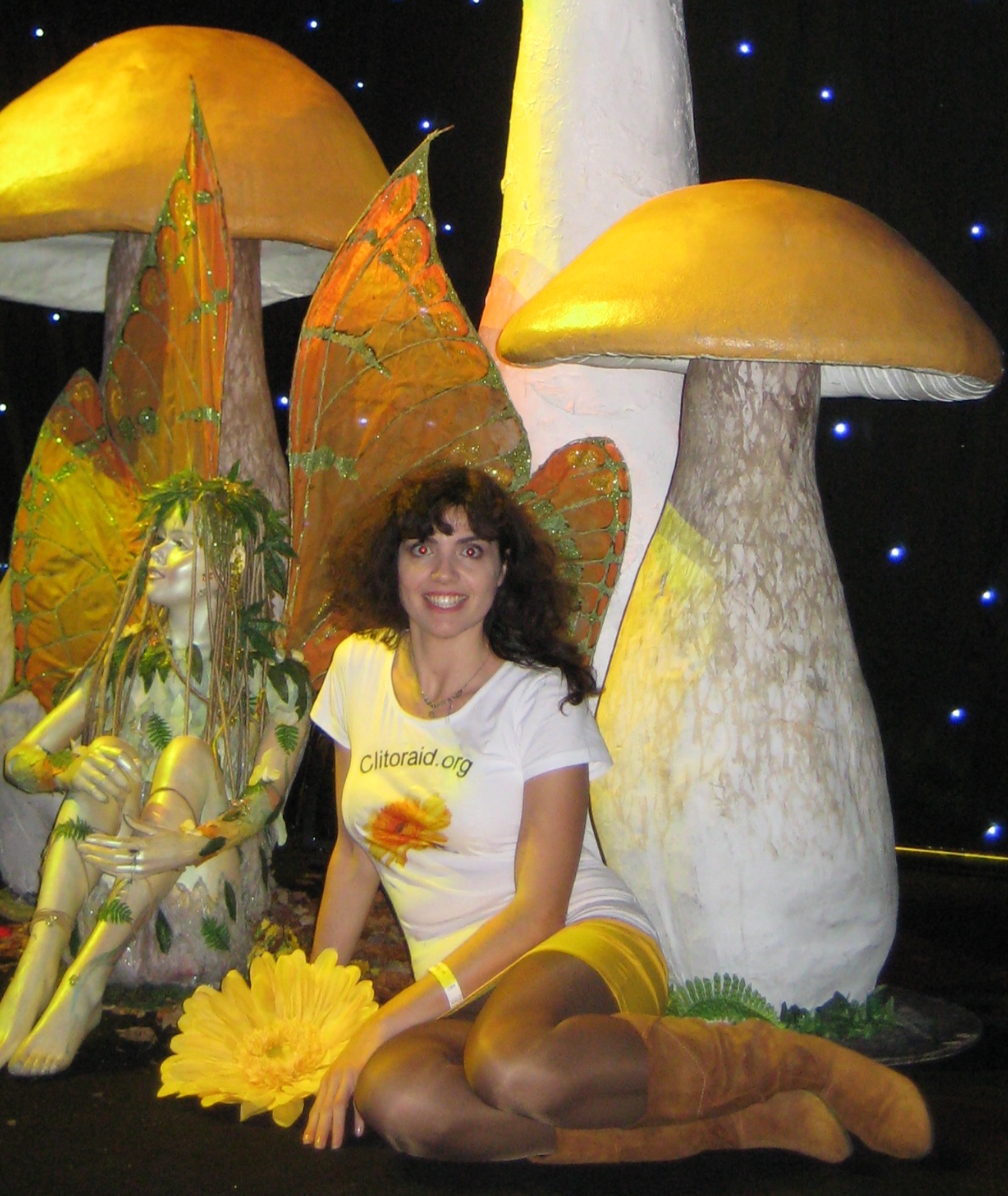 On Nov. 9 & 10, The Belgium Clitoraid team participated on the Fairy Tales Fair in Hasselt, Belgium. Monica Marcucci, responsible for the Netherlands and Flemish Belgium who organized the event recalls:

"We really enjoyed to have our stand surrounded by elves, fairies and dragons which the theme of the fair... The purpose of our team was to bring awareness to the plight of FGM victims and to inform people about Clitoraid’s actions. We distributed 2000 leaflets, while selling Belgian pralines in a “1€ for charity” campaign so that we could raise funds for allowing mutilated women to receive free clitoris restoration surgeries.

As responsible, I had an interview with the organizers of the fair that will go online to promote the event. Furthermore, Clitoraid’s stand was honored to receive the visit of the Belgian Welterweight professional boxer “Sugar Jackson”, of Ghanaian descent, who appeared very touched by the FGM problem.

All our gratitude goes to the organizers Nicole Martens and Rudy Verhaegen for their support, sponsoring and help, by having us as habitual guests at their fairs. The next appointment is planned for Antwerp on 22/23rd of February 2014."