Barbara Carrellas, author of the book Urban Tantra had come from NYC and volunteered to teach a tantra workshop to benefit Clitoraid's FGM patients. The workshop is meant for every human being but in the case of women who have suffered clitoral excision, this "full body orgasm" class may allow them to broaden their sexual energy beyond their genital area. 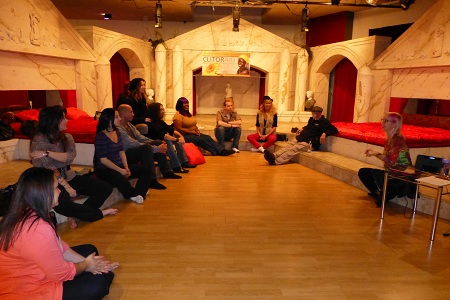 
Barbara jokingly asked us to leave our gender at the door and to be sure to pick up the right one on our way out; the workshop was not going to be about stimulating our genitals or at least not physically. She also asked us to completely let go of any expectations. Whatever we were to feel that evening was just the right thing for us. She added that there was no "wrong way" to do the exercises and encouraged us to definitely try this at home!

She dedicated the first hour to giving us the tools for our personal pleasure journey ahead. She began to speak about the importance of breathing for tonight's exercise in order to increase energy in our body and to circulate it more consciously inside us. "Body follows thought" she said. So whatever sensation you imagine, your body will reproduce it, like a tingling in your right little finger or increasing the warmth in a body part. She said that what we were about to experience would be enhanced by our imagination. Some people are more visual, she pointed out and would be more inclined to imagining a color, others more olfactive and would be turned on by imagining a scent. Florence, Clitoraid representative in San Francisco reported a sensation of liquid sugar invading her body as she experienced the first hints of orgasmic feeling during the breath work. 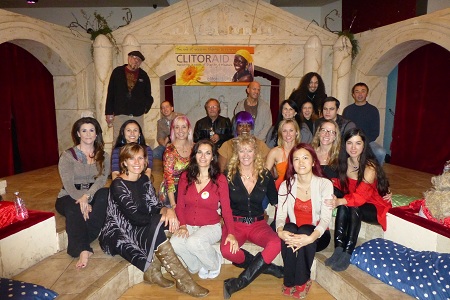 Barbara also made us feel at ease about the moaning sounds, the laughter, the crying we may vocalize as the pleasure builds up in our bodies. These are sound "gasms" she giggled or "pleasurable reactions" that we were to let our body express naturally, without shame. She even encouraged making sounds of different pitch to increase pleasure. 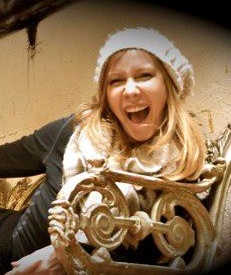 When asked about people who may have emotional or mental blocks like Clitoraid's patients who will experience this workshop one day, Barbara reassured everyone that emotional blockage is not a problem in this exercise; that energy, like water will find ways to meander through. She had just lived through Hurricane Sandy in NYC and told us that she saw water appear in places she did not think possible; pleasurable energy in the body will also seep through one way or the other with practice.

When the second hour of the workshop arrived, all 25 passengers were ready to travel these pleasurable paths offered to them. Matts and blankets replaced the cushions on the floor, lights were dimmed and everybody found a comfortable place to lie down and began breathing as instructed by Barbara. The next hour would transform everyone in the room even the energy in the room itself! Lara, Raelian Bishop from Los Angeles said that it was as if her cells were showered with harmony. Ouhi, a female participant from Japan reported the following: "I felt peace and love for myself, my tears didn't stop, so much gratitude and self-appreciation for what I was feeling. My body became sensitive and I felt the air touching me." Charly, a musician by trade, expressed feeling "very delightful" sensing "good vibs." 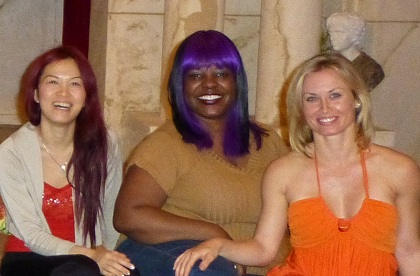 As the intensity began to come down, a deep sense of peace invaded everyone, the music that had transported us during this journey, gently faded, leaving us to camly cradle in the silence of our peaceful beings while feeling totally connected with all those around us. We were ONE.

Shelley, a PhD student in sexuality, volunteering at the museum was delighted by the workshop and highly recommends it to others - an opinion echoed by the other attendees.

Clitoraid hopes to facilitate this therapy at its Pleasure Hospital in West Africa soon.