Following the grotesque comments by Islamic Tunisian elected official Habib Ellouze who characterizes the excision as an “esthetic operation,” as one that has “no consequences to women’s sexual pleasure,” and above all one that is “beneficial against body odors,” Dr. Henning, volunteer gynecological surgeon for Clitoraid – a non-profit organization based in the U.S. – decided to counter these preposterous comments, hoping to educate the most influential populations and to avoid more unnecessary sufferings done to women.

“Each week, excised patients come to my gynecological office for consultation. They come with deep physical, emotional, and mental scars from their excision that they seek to cure by any means necessary. And when I hear such shameful comments by Mr. Ellouze, I cannot remain silent,” declares Dr. Henning. 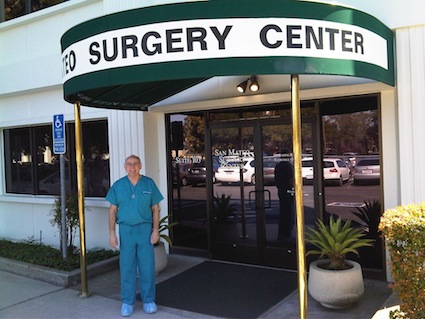 Dr. Henning is a member of a growing group of doctors from around the world involved in the surgical restoration of the clitoris of excised patients. This surgical procedure is one that was perfected by a French surgeon. Dr. Henning has practiced as a certified gynecological surgeon for 30 years in the U.S., where an estimated 300,000 of the 140 million excised women live.

“No, Mr. Ellouze! Excision is not esthetic!” Dr. Henning emphasized, “It is devastating for the victim, for her self-esteem, and for her loved one. Did you know that many women suffer excrutiating pain during sexual intercourse due to their excision? At best, they can tolerate the suffering, but feel no sexual pleasure whatsoever. As a result, their partners feel angst for not being able to sexually satisfy them and end up abandoning them.”

“As for the beneficial aspects of the excision on body odors, Mr. Ellouze, this one defies the most elementary logic, not to mention the medical profession itself!” Dr. Henning added. “How could the amputation of a body part be recommended for hygiene purposes? The clitoris plays no role in a woman’s body odors, any more than a penis does in a man’s body odors! Every woman was born with a clitoris for the simple reason that it is essential for her to maintain her psychosexual balance. Therefore, to mutilate the clitoris of little girls is to violate children’s fundamental rights.”

This is why Dr. Henning chose to volunteer as a surgeon and is helping to restore the clitoris of excised women. To this end, he will go to Burkina Faso in October for the grand opening of Clitoraid’s humanitarian hospital. The hospital will be entirely dedicated to give excised victims the possibility of experiencing sexual pleasure, thanks to top notch professional surgical care and psychosexual therapy to counter the deep scars brought about by the excision.

Eliane Wurmser, person in charge of Clitoraid in the Middle-East added: “We hope that our hospital in Burkina Faso will inspire other countries to follow suit and that similar private clinics will be built to help more women. And why not in Tunisia where the government has always firmly rejected this inhumane practice?”